Get to know how much
Security Cost 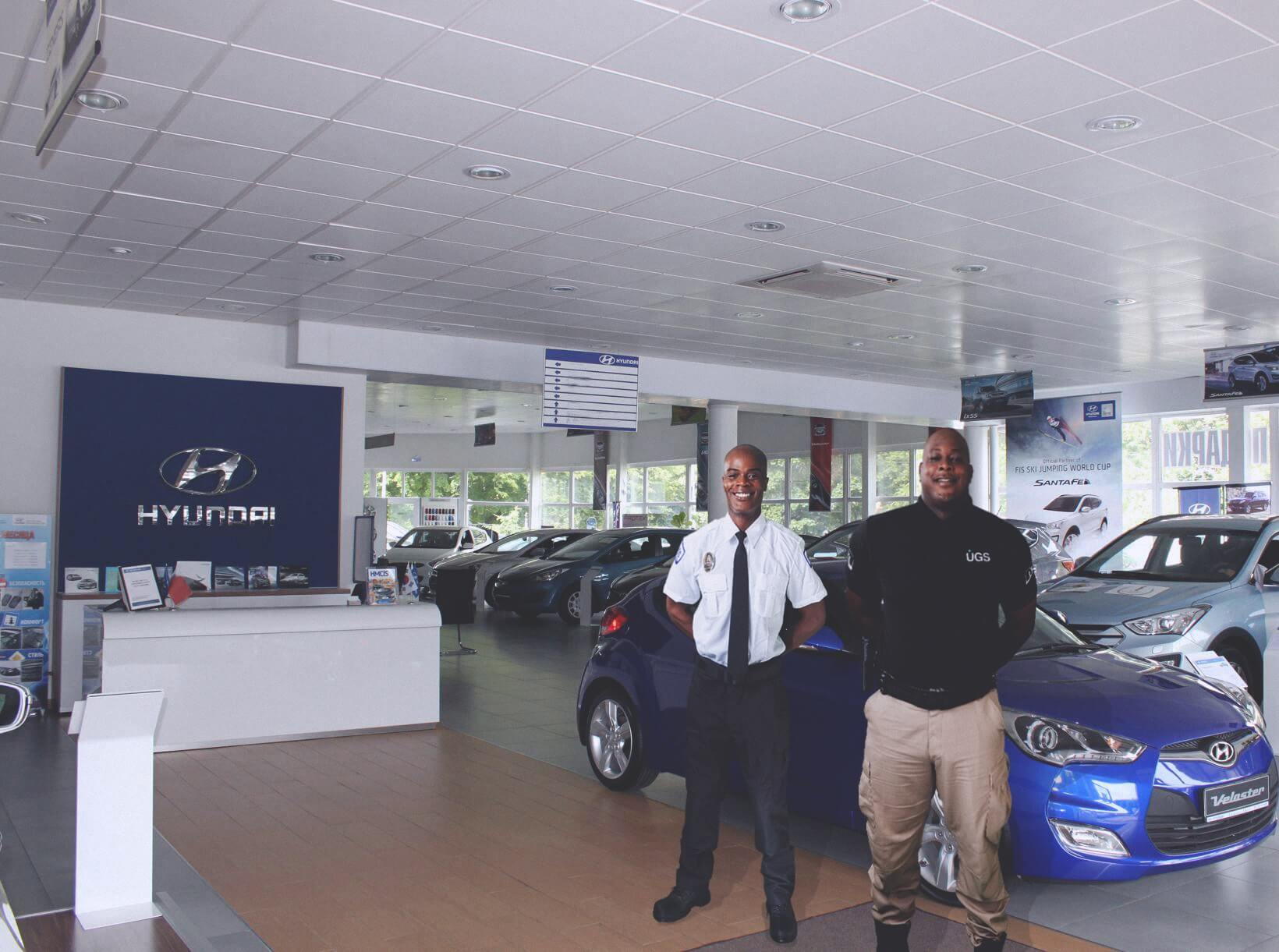 As an auto dealer, you’re running a candy store for car thieves. While some criminals avoid dealerships due to surveillance, others find it worth the risk. If you don’t have security guards, any stolen cars could be gone forever or damaged beyond repair in a matter of a few minutes.

For car thief’s looking for specific vehicles, a dealership is sometimes a much easier target. Especially, poorly lit lots and those that focus on exotic cars. These criminals usually either sell them off, send them to chop shops, go for joy rides and demolish them later or wreck them trying to get away from the police. Generally, it doesn’t end well for auto dealers. Auto thefts often happen with multiple vehicles at a time. Once thieves find an auto dealer that meets the right criteria, such as poor security and the right type of vehicles, it’s only a matter of time before cars start to go missing.

While you should always have video surveillance, you also need someone to monitor the feed. In addition, you need security guards too. It’s easy enough to hide your face when stealing a car. But, if a guard is walking by, it’s much more difficult to avoid being seen.

Even small used car lots benefit from having at least one security guard after business hours. It’s a small investment to keep cars safer.

Larger lots should consider having multiple security guards to cover more ground. This is also where surveillance monitoring helps to cover even more area at once.

In addition to guards, ensure there isn’t a single area of your dealership lot that isn’t fully lit. Yes, you’ll pay more for power, but you’ll pay much more in insurance premiums if cars keep getting stolen.

The safety and security of your personnel and property directly impacts your daily operations. Choosing the right security provider to minimize risk is vital. UGS provides unarmed licensed and insured security professionals in every conceivable environment.

Your business and property are safe in the hands of a qualified security proviter. UGS provides licensed armed Security Guards Los Angeles who are trained, licensed, and professional, to see to your security needs. Everything in it’s place, and professionals in-place to make sure it stays that way.

Our professional Los Angeles car patrol services cover the basics, along with everything else, by qualified professionals who patrol, observe, and make sure all of your daily operations continue to go the way you want them to.